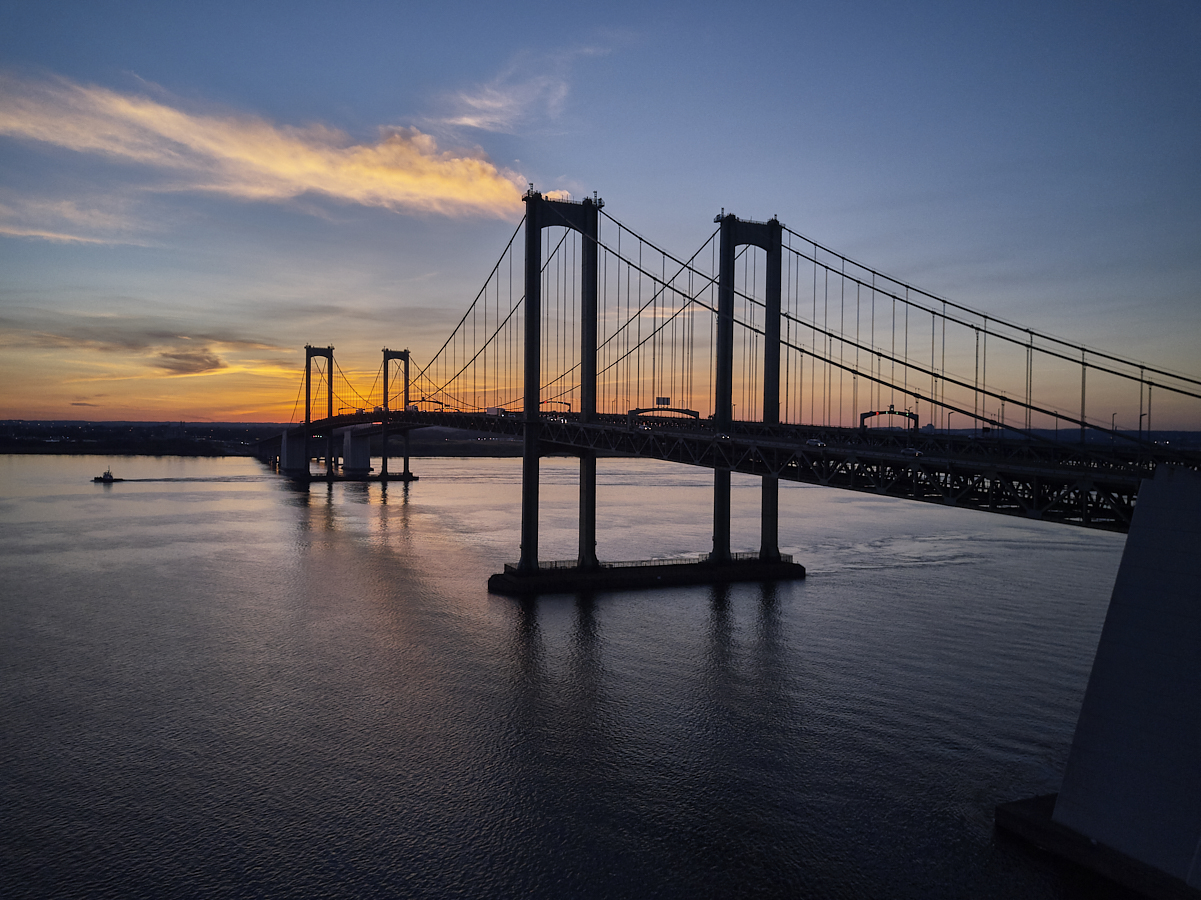 “We’re somewhat surprised at how quickly traffic volumes have rebounded,” said Thomas J. Cook, Executive Director of the DRBA. “Commercial traffic has been rather robust for the first six months of the year, but Class 1 passenger vehicles hadn’t rallied until this past month.  Daily commuter traffic is still off 30-35% compared to 2019 numbers.  These trends appear to reinforce what some experts have suggested as we recover from the pandemic – telecommuting for work continues to be prevalent and there’s a pent-up demand for vacations and travel.”

In 2020, Delaware Memorial Bridge traffic numbers were dramatically impacted due to the COVID-19 pandemic.  In March 2020, traffic volume plummeted more than 350,000 vehicles, most of the decline occurred during the last two weeks of the month.  Bridge transactions fell to a mere 559,435 in April 2020, a decline of nearly 66%.  May 2020 numbers declined by 50%, totaling 875,000 transactions for the month.  Traffic numbers stabilized during the summer months but remained down by more than 20% compared to the previous year.

Multiple construction projects continue at the Delaware Memorial Bridge. Motorists will experience lane closures associated with Steelwork Repair, Suspender Rope Replacement Program as well as Bridge Painting projects during the next several months.   DRBA engineers have designed these important capital projects to minimize traffic delays to the extent possible, but some are expected, particularly during peak travel times. Motorists are encouraged to follow us on Twitter for the latest construction news and traffic conditions.

The safety of the traveling public, highway contractors on-site, and DRBA employees continue to be the highest priority. Commuters and travelers are urged to be careful and stay alert in and around construction zones, obey posted speed limits, and plan to take a few extra minutes during rush hour periods.