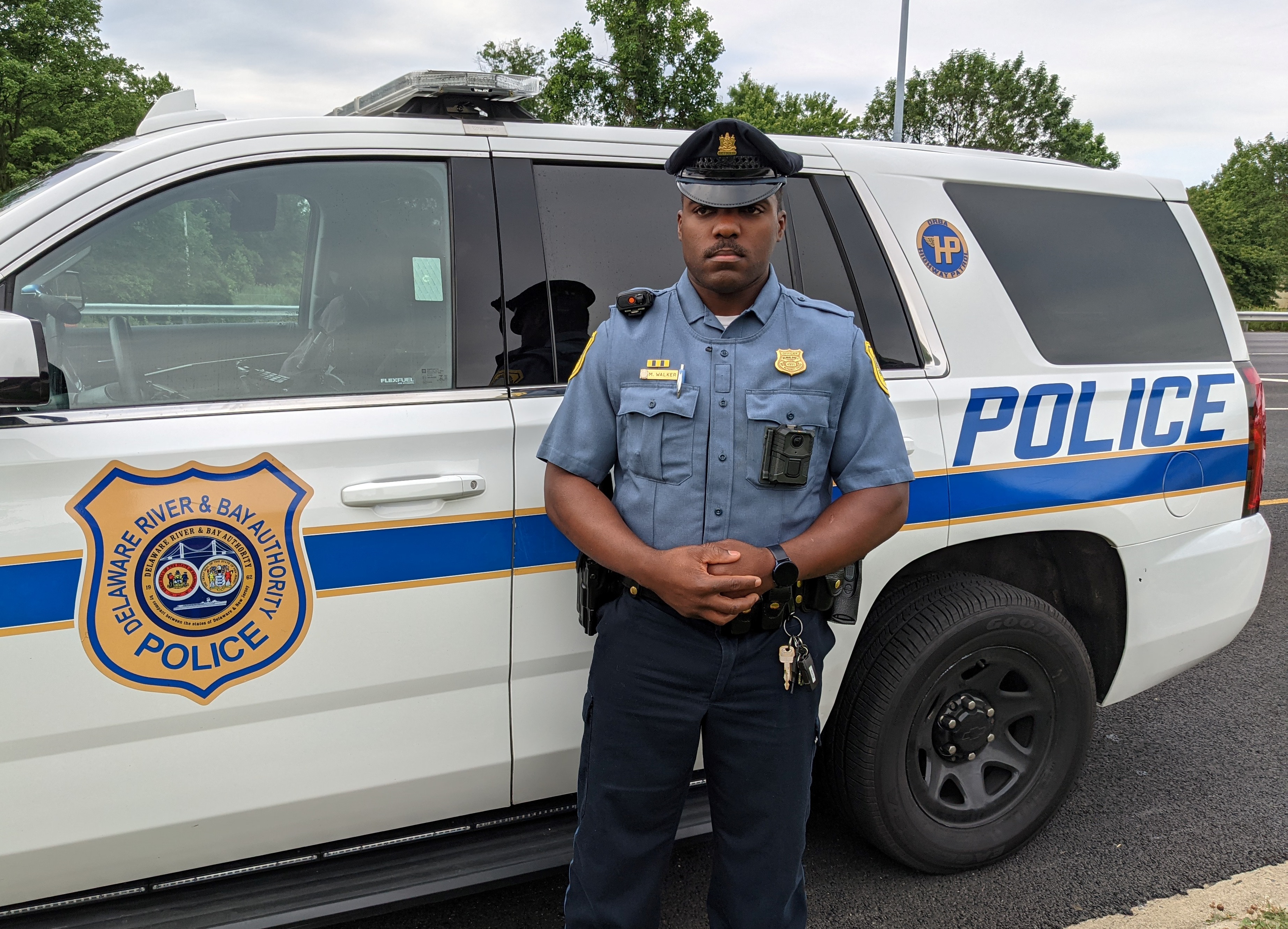 NEW CASTLE, Del. – Today, Delaware River and Bay Authority (DRBA) officials announced that all DRBA police officers are outfitted with body-worn cameras while on patrol.  The high-resolution Watch Guard V300 cameras, affixed on the officer’s uniform, captures video and audio that is wirelessly uploaded to a secure, cloud-based storage site.  The program cost was nearly $72,000, which was funded by a State of Delaware Special Law Enforcement Assistance Fund (SLEAF) grant.

“As a CALEA accredited agency, our officers are held to the highest standards and best practices in law enforcement,” said Col. Richard Arroyo, DRBA Police Administrator. “Because these body-worn cameras accurately chronicle events during traffic stops and other law enforcement activities, they’re a valuable tool for both the traveling public and our officers.  The use of the cameras promotes police accountability and also provides an opportunity to capture the good work our police officers do on a daily basis.”

The body worn cameras are also electronically linked with in-car dash cameras, which are equipped with the same Watch Guard technology.  DRBA patrol units have been equipped with dash cameras for more than ten years.  Like the in-car dash-cams, DRBA police administrators can periodically review the stored body-worn camera video and audio files of officer-citizen contacts to assist with training efforts or in response to citizen complaints.

The DRBA Police Department is responsible for public safety and public assets spread across an expansive area, including the Delaware Memorial Bridge Twin Spans and its approach roads in Delaware and New Jersey; the terminal and associated facilities of the Wilmington – New Castle Airport; and the Cape May – Lewes Ferry ports in Delaware and New Jersey and aboard the ferry vessels.  In addition, the department is responsible for the safety and security of the Millville Executive Airport and Cape May Airport in New Jersey as well as the Delaware Airpark located near Dover, Delaware.